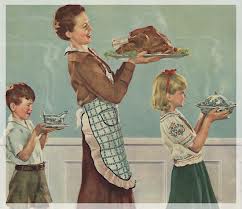 The tradition of the quintessential Christmas dinner has changed quite a bit over the last fifty years. From vegan tofurky and kale in Northern California to Marks and Spencer’s British “Three Bird Roast,” the institution of a holiday meal is something that has been modified and sculpted by the hands of time. Our grandmothers may have been roasting honey-glazed ham but we’re now deep-frying poultry to satiate our ever-developing December palates.

Here in Cayman, the almost international evolution of this yuletide institution has also influenced certain variations in what is for some, the most cherished meal of the year. But there is something about a small island, the cultural intimacy, the tight family networks, the ability to travel “home” by such short strides, which makes certain culinary customs constant and enduring. Roads may develop. Construction may begin to tower. New stock will certainly be placed in the supermarkets. Yet still, Caymanians share the same recipes, the same tastes and smells, and the same techniques that their parents did before them. There is joy in the inheritance of cooking, as unwavering as the joy in being together, a joy at the heart of a true Cayman Christmas that will probably, and hopefully, never falter.

In keeping with Cayman’s distinct (and flavorful) holiday heritage, we’re serving traditional Cayman-style Beef & Pork in The Market this week. We will serve it again on Christmas Eve. The dish is composed of both cuts of meat, which are slow-cooked together, until perfectly tender. Because in years’ past, meats such as these were luxury items, the dish itself has come to represent so much more than food on a plate. It represents the significance of Christmas to each family, an embedded staple in Cayman holiday culture. That being the case, it has always been a highly anticipated and influential part of the Christmas period.

Mackie’s recipe is as follows:

After cutting the beef and pork into small pieces, season with salt and black pepper and let marinate overnight. Place the meat in a large, heavy pot. Braise the mixture on a low heat until the morsels fall apart at a gentle touch by slowly simmering for at least three hours with local thyme, peppers and pimento berries.

Historically, on the island, when Christmas presents were sparser than they are today, the greatest gift was the gift of food. Sharing Cayman Beef & Pork, which had been lovingly cooked for hours, steeping dried sorrel, preparing turtle, these were the highlights of the holidays, and in so many households, these dishes still are. It’s about remembering and continuing to act in the tradition that keeps these delicacies current.

Keeping culinary traditions alive however, can take perseverance. After hurricane Ivan, mutton peppers (which are commonly used in much of Caymanian cooking) were almost entirely wiped out. These small Caribbean peppers start off pale green in color and are less fiery than their common counterpart, the scotch bonnet. When they ripen, the skin transforms into a bright orange hue. Authentically Caymanian, they are a tradition within themselves.

Eating locally encompasses so much more than the vicinity of ingredients used. Eating locally means consciously sharing in the cultural traditions of your neighbors, and embracing such beloved dishes with the same grace as you do those you care about most. It’s what Christmas is all about.