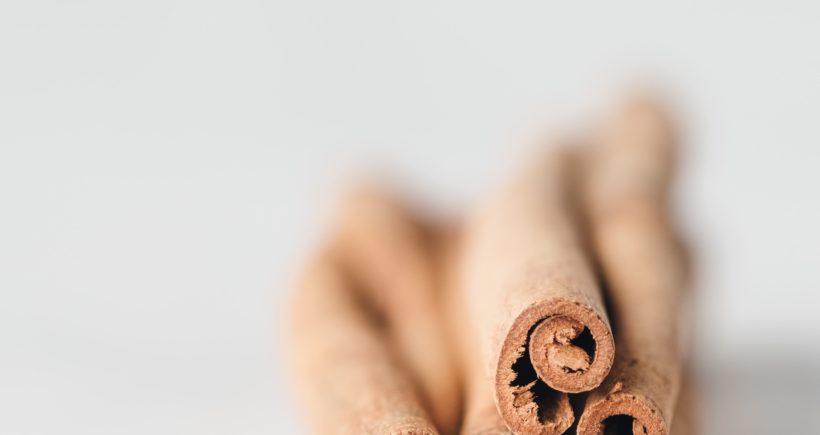 Cinnamon screams cosy Christmas Eve sitting by the fire with a mulled wine in one hand and a mince pie in the other. Or, if you live in the Caribbean, cinnamon can also insinuate The Brasserie’s ‘Coco Christmas Nog’ – a joyful combination of ‘Coco Bluff’ coconut cream, chai rum, white rum, lime juice, vanilla, cinnamon and pimento.

We love cinnamon, not only because it’s a delicious heart-warming spice, but also because of it’s many nutritional benefits. The distinct smell and flavour of cinnamon are due to the oily part, which is very high in the compound cinnamaldehyde. Scientists believe that this compound is responsible for most of cinnamon’s powerful effects on health and metabolism.

Cinnamon is made by cutting the stems of cinnamon trees. The inner bark is then extracted and the woody parts removed.When it dries, it forms strips that curl into rolls, called cinnamon sticks. These sticks can be ground to form cinnamon powder.

Antioxidants protect your body from oxidative damage caused by free radicals. Cinnamon is loaded with powerful antioxidants, such as polyphenols.

Inflammation is incredibly important. It helps your body fight infections and repair tissue damage. However, inflammation can become a problem when it’s chronic and directed against your body’s own tissues and this is where cinnamon may be useful in this regard thanks to its antioxidants that have potent anti-inflammatory properties. Cinnamaldehyde, one of the main active components of cinnamon, may also help fight various kinds of infection.

The perfect addition to a cup of steaming tea, warm oats and homemade pancakes. Heavenly.