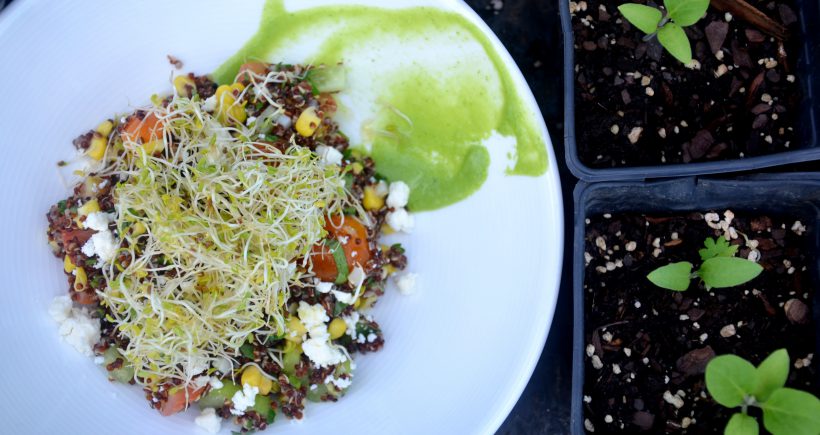 Twenty years ago, NASA researchers declared quinoa (KEEN-wah) the perfect inflight snack for astronauts on long-term missions because it is mineral-rich, gluten-free and contains all nine essential amino acids.

Today, these edible “seeds” that have been consumed for thousands of years in South America and referred to as the “mother of all grains” by the Inca Empire, have reached “superfood status”.

Quinoa is a pseudo-cereal. This means that it does not belong to the grass family but produces fruits and seeds used as flour for bread and other staples. In other words, it is basically a “seed” which is prepared and eaten similarly to a grain.

The large flavonoid content in quinoa, plant antioxidants that include quercetin and kaempferol, are important molecules that have anti-inflammatory, anti-viral, anti-cancer and anti-depressant effects.

As mentioned earlier, quinoa is naturally free of gluten and using it instead of typical gluten-free ingredients can increase the antioxidant and nutrient value of a gluten-free diet.

Quinoa is very high in minerals like magnesium. Magnesium helps to relax blood vessels and thereby to alleviate migraines. The problem is that phytic acid can partly prevent these minerals from being absorbed, so soak and sprout quinoa to reduce the phytic acid content.

Again, while the antioxidant level of quinoa is high, soaking and sprouting the seeds increases these benefits. Antioxidants are substances that neutralise free radicals and are believed to help fight aging and many diseases.

Ever noticed the curly “tail” that stems from the seed once you cook it? That’s actually the germ of the seed, which separates slightly when your quinoa is ready.

There are over 120 different identified varieties of quinoa, but the most commonly cultivated and exported are white, red and black. Today we’re using the red variety in our satisfying Quinoa Salad available at The Brasserie Restaurant. Otherwise, have a go at making it yourself using our recipe below.

Combine all ingredients, except for the avocado, feta cheese and alfalfa sprouts. Before serving, add the avocado puree to the plate, then add the salad and finally top with crumbled feta and sprouts. Enjoy.