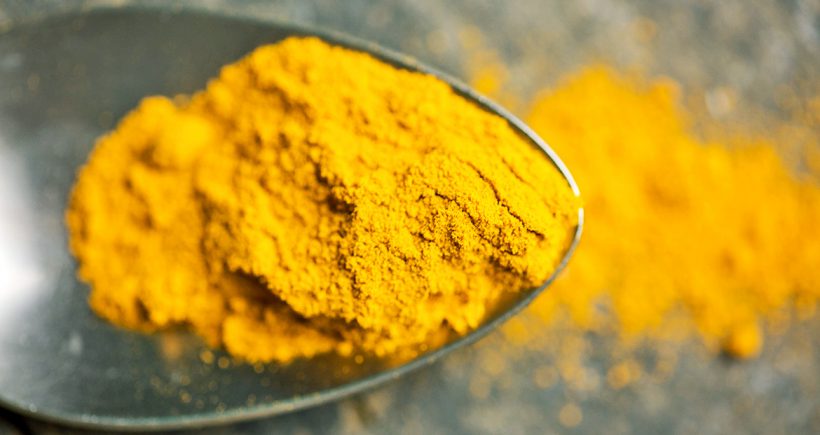 Did you know India is world’s largest producer of turmeric? In fact, as much as up to 90 percent of the world’s total turmeric production comes only from India.

Look at our fresh turmeric (below) harvested from The Brasserie garden. Turmeric has a very similar appearance to that of ginger. However if you break open a piece of turmeric the inside has a brilliant orange-yellow hue. Ginger has a brownish colour.

Turmeric helps keep your skin healthy in many ways. It keeps pimples at bay by inhibiting the growth of pimple-causing bacteria and reducing the oil secretion by the sebaceous glands. The constant use of turmeric clears acne scars, which makes your skin flawless and glowing. Its antiseptic and anti-inflammatory properties accelerate the healing of a cut and soothe skin irritation. Turmeric’s major component curcumin, loaded with antioxidants, fights signs of aging like wrinkles and pigmentation by curbing the growth of free radicals.

The golden spice, turmeric, helps accelerate the metabolism rate and lets your body burn a significant number of calories, leading to weight loss. It is also useful in reducing fat mass and detoxification of the liver, which are essential contributors when it comes to diet-induced weight loss efforts.

One of the most well-known applications of turmeric is as an anti-inflammatory agent. The active ingredients in turmeric are extensive but a particularly crucial compound is curcumin. This substance has received considerable attention in the medical community due to its potent anti-inflammatory abilities. In fact, the strength of this substance is likened to some of the strongest pharmaceutical options for reducing inflammation. For this reason, consuming turmeric is often suggested for the reduction of arthritic pain, gout, and muscle pain following exercise or injury.

Turmeric has long been used as a stomach soother and is particularly useful for constipation, cramping, and irritable bowel syndrome.

Power up your Juiced @ The Wicket smoothie with turmeric and reap the numerous health benefits that stem from this root gem.