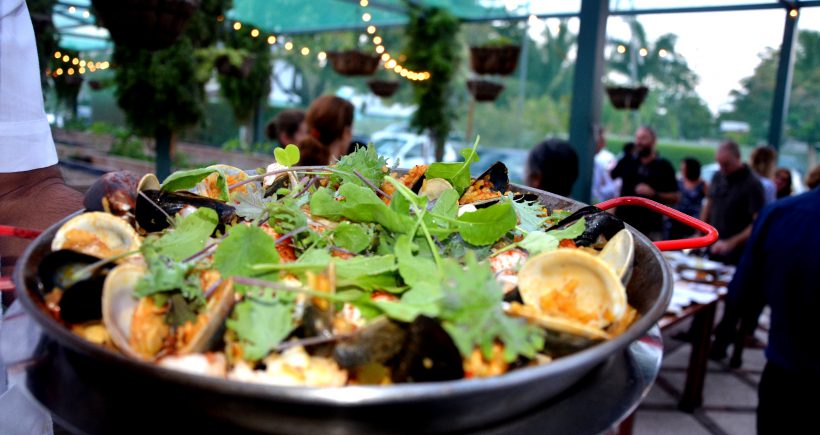 As the sun began to set and the stars appeared in the sky, guests enjoyed the very best wines that Spain has to offer in The Brasserie’s flourishing vegetable garden. The perfect setting for one of the most popular wine tasting events in Cayman.

With over 2.9 million acres of vineyards and more than 400 grape varieties in Spain, it’s no surprise why we decided to showcase this country’s reputable selection of wines.

Cava, Albarino, Garnacha and of course a Tempranillo Rioja were on the tasting menu, paired with locally inspired bites of seafood paella and ham and manchego croquettes prepared by Chef Thomas, to complement the tasting experience.

Spain is the top exporter of wine in the world. In 2014, Spain exported 22.8 million hectolitres with the majority of it going to France. Not only is Spain a top exporter, but in 2014 it was the third largest producer of wine, behind France and Italy. That’s impressive!

Our next SWIRL event – Whiskey & Cigars – will be held on Wednesday 22nd February, 2017. Email us to book your spot – reservations@brasseriecayman.com