The culinary culture behind turtle stew 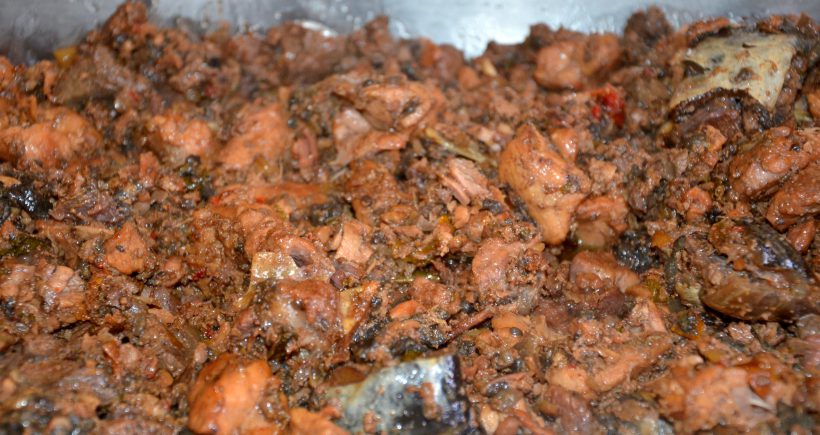 Every Friday morning Miss Marvel walks over to her stove in East End and pulls out an enormous pot steaming with slow cooked turtle stew.

You can tell she’s done this routine many times before as she gently ladles the stew into a container on route to The Brasserie for lunchtime service.

The turtle meat comes from the Cayman Turtle Farm and is dropped off to Miss Marvel on Wednesdays where she makes the dish in her own home.

This is the only menu item prepared outside the Brasserie kitchen, because there’s no one in Cayman who cooks turtle stew quite like Miss Marvel.

“Two hours on the fire and two hours slow cooking in the oven. The secret ingredients? Onion, salt and pepper.”

Miss Marvel, now in her mid-eighties, has lived on the island her entire life and grew up cooking and eating turtle stew.

Traditional Cayman cuisine has never been properly recorded and today many recipes exist only in the memories of older Caymanian cooks who devoted long hours creating delicious meals, “one pot at a time” outdoors in covered iron pots. The “cookrum” was a separate outer building where the cooking was done, often using a unique fireplace called the caboose—a wooden box filled with sand in which the firewood was placed.

In the 1600 and 1700’s, the Cayman Islands became a provisioning stop for vessels sailing the Caribbean because of an abundance of green sea turtles. It was a means of income as well as a source of local food for permanent settlers.

A custom that has been part of Cayman culture for centuries, however, doesn’t come without controversy.

The Cayman Turtle Farm regulates the legal sale of all turtle meat in Grand Cayman in an effort to reduce poaching. Originally founded for raising sea turtles for consumption, the Farm has ventured into breeding and releasing sea turtles back into the wild to help protect the endangered species. The associated research facility relies on meat sales to ensure the sustainability of conservation work. To date more than 30,000 turtles have been released back into the wild since the Centre opened in 1968, while at the same time, local people are provided with a limited source of meat to preserve an important part of their heritage.

Miss Marvel’s experience and knowledge of Cayman tradition is etched in her face as she smiles proudly over the turtle stew she has cooked hundreds of times before. She reaches over and holds a plantain, a local ingredient she always has on hand.

“Sliced and fried, it makes the perfect accompaniment to turtle stew.”

So, next Friday lunchtime you order turtle stew at The Market thank Miss Marvel, whose close association to the turtle and long-held cultural culinary traditions stand reflected in the Cayman Islands’ flag and currency.